Smashville Selector is a free-to-play game by Bally’s Interactive in partnership with the Nashville Predators professional hockey team. This was the first partnership game ever created for Bally’s and would become one of the original free-to-play games available on Bally Play, the company’s home for free-to-play games. For a chance to win awesome prizes, such as memorabilia and game tickets, all players needed to do was answer a series of 5 questions. Whoever was the first player to guess all of the answers correctly would be the winner.

In October 2021, I was tasked with creating the logo and all of the marketing materials, including print, web, social media, and out of home. I assisted with concepts for in-arena digital and video signage, created by Paul Benns, and reviewed the UI designs for the website, created by Darragh O Farrell.

Initially, Smashville Selector was meant for home games only, but it proved to be a huge hit with Predators fans and was extended to be available for away games as well. By the end of the season, Bally’s Interactive achieved 99% of their ambitious player acquisition goal. 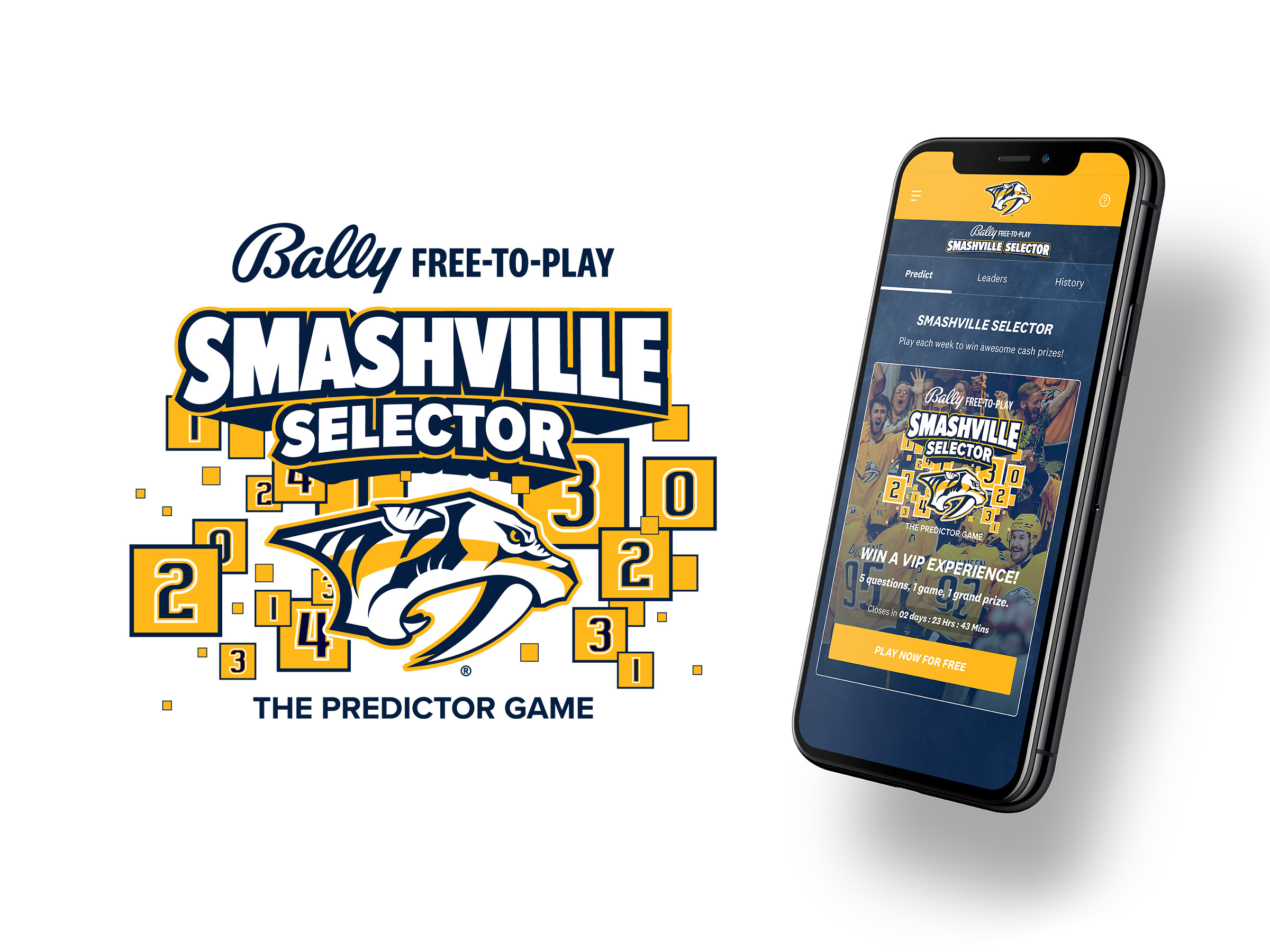 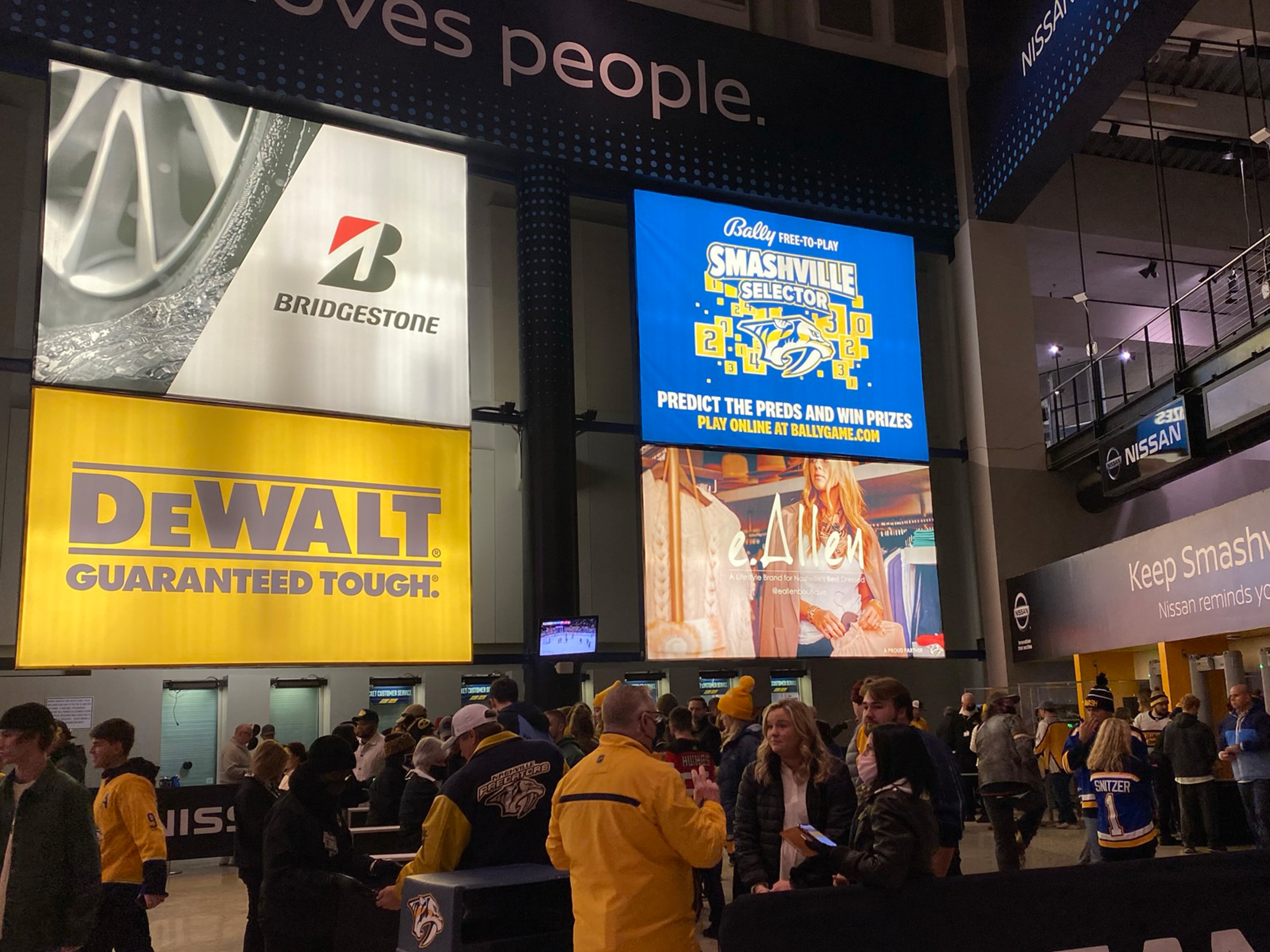 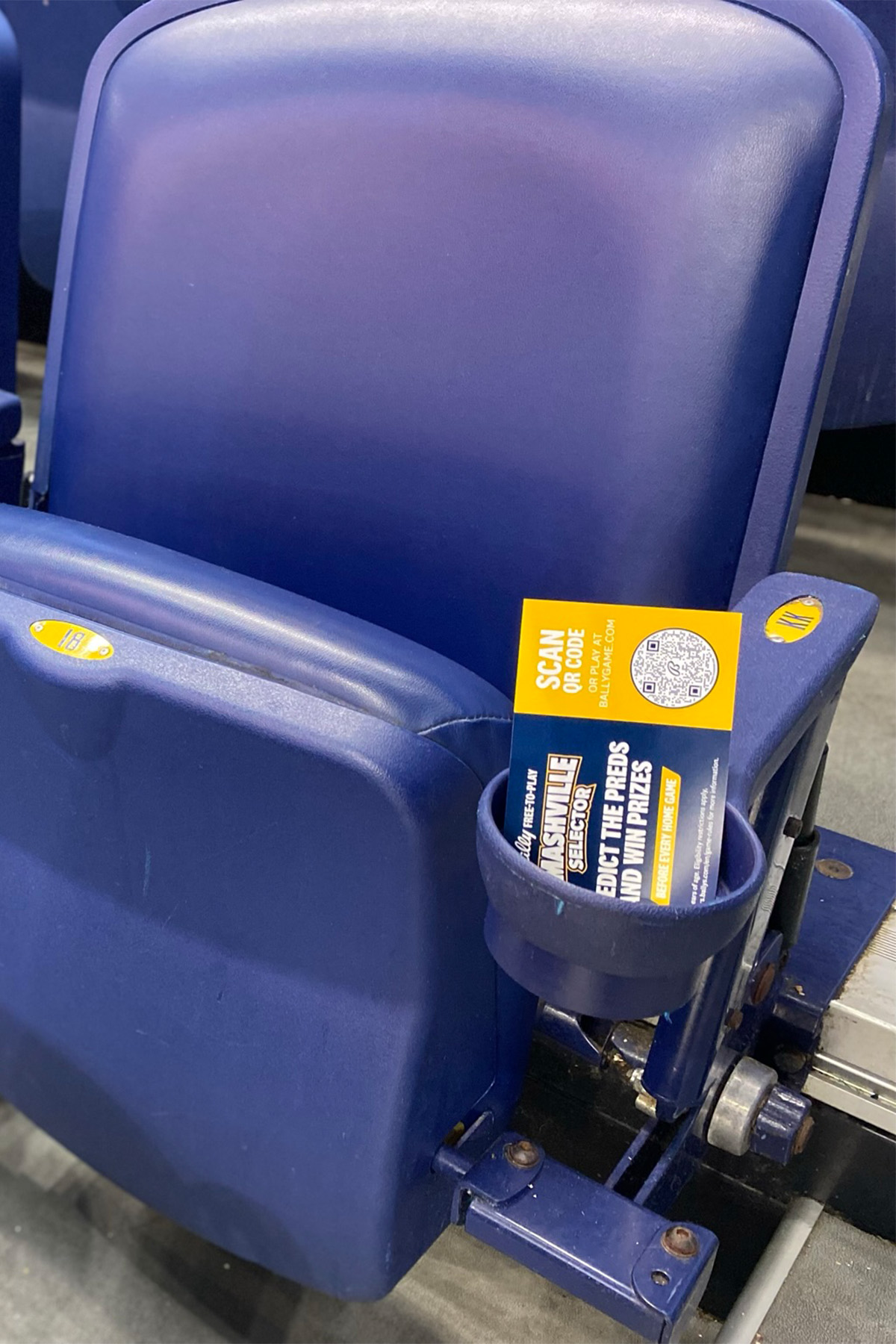 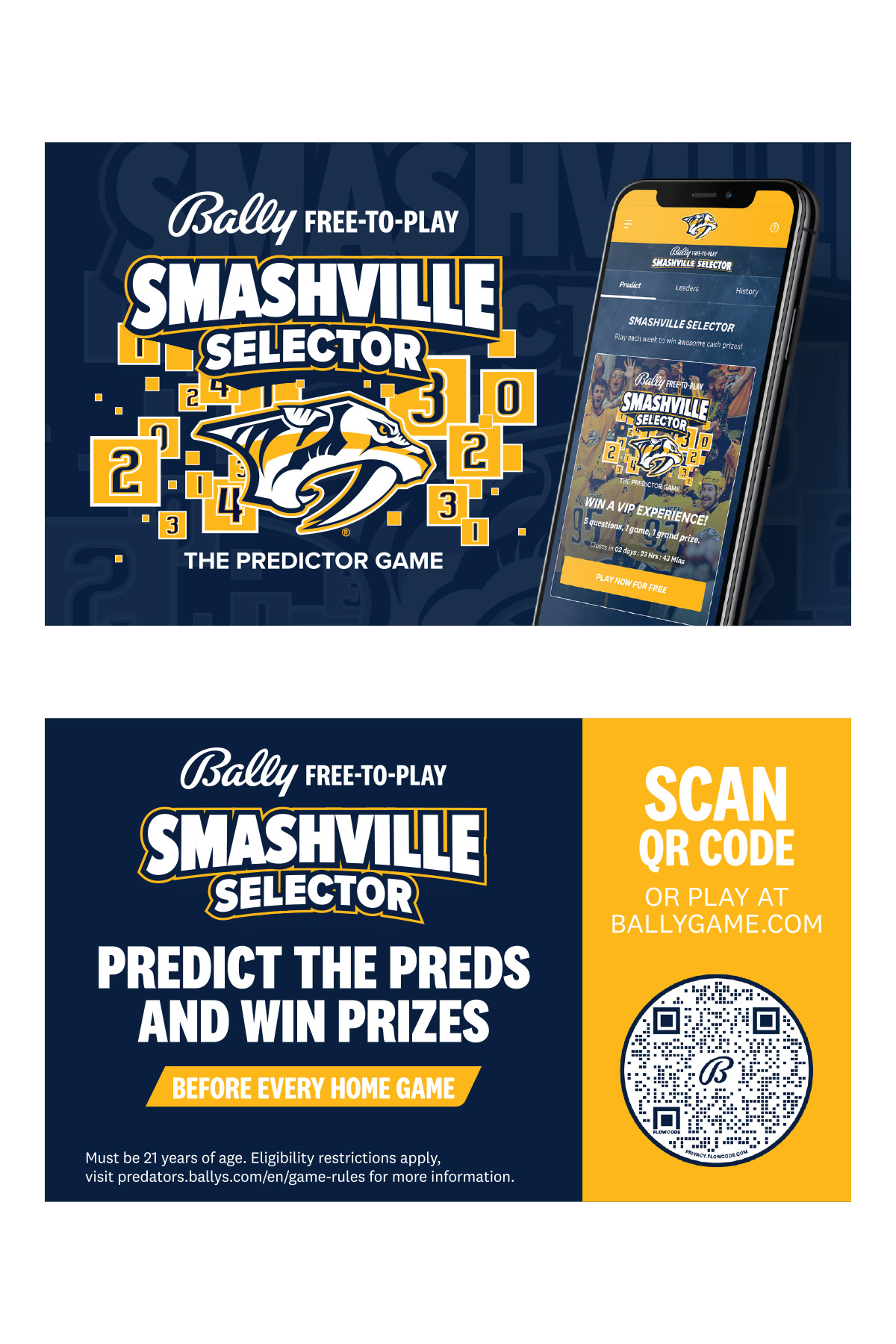 Wallet Card (Front and Back)