The Fantastico Fiat! Giveaway was a dual promotion at Spa Resort Casino and Agua Caliente Casino Resort Spa. It was the single largest casino promotion in the history of both properties. I worked in a team of five designers that was involved in the creative process from start to finish. Our senior designer Frank Dibble created the final approved poster concept, complete with logo, imagery, and copy. I was responsible for designing the graphics used for the social media campaign that were consistent with the approved concept. Because this promotion was so large, the social media team wanted to do a very ambitious campaign that required more video posts than past promotions. I created a variety of static graphics, cinemagraphs, and videos. In the end, the social media campaign was a major success. Engagement for the months of August 2017 and September 2017 were nearly double the amount of engagement in January 2017, which is a much busier time of the year. 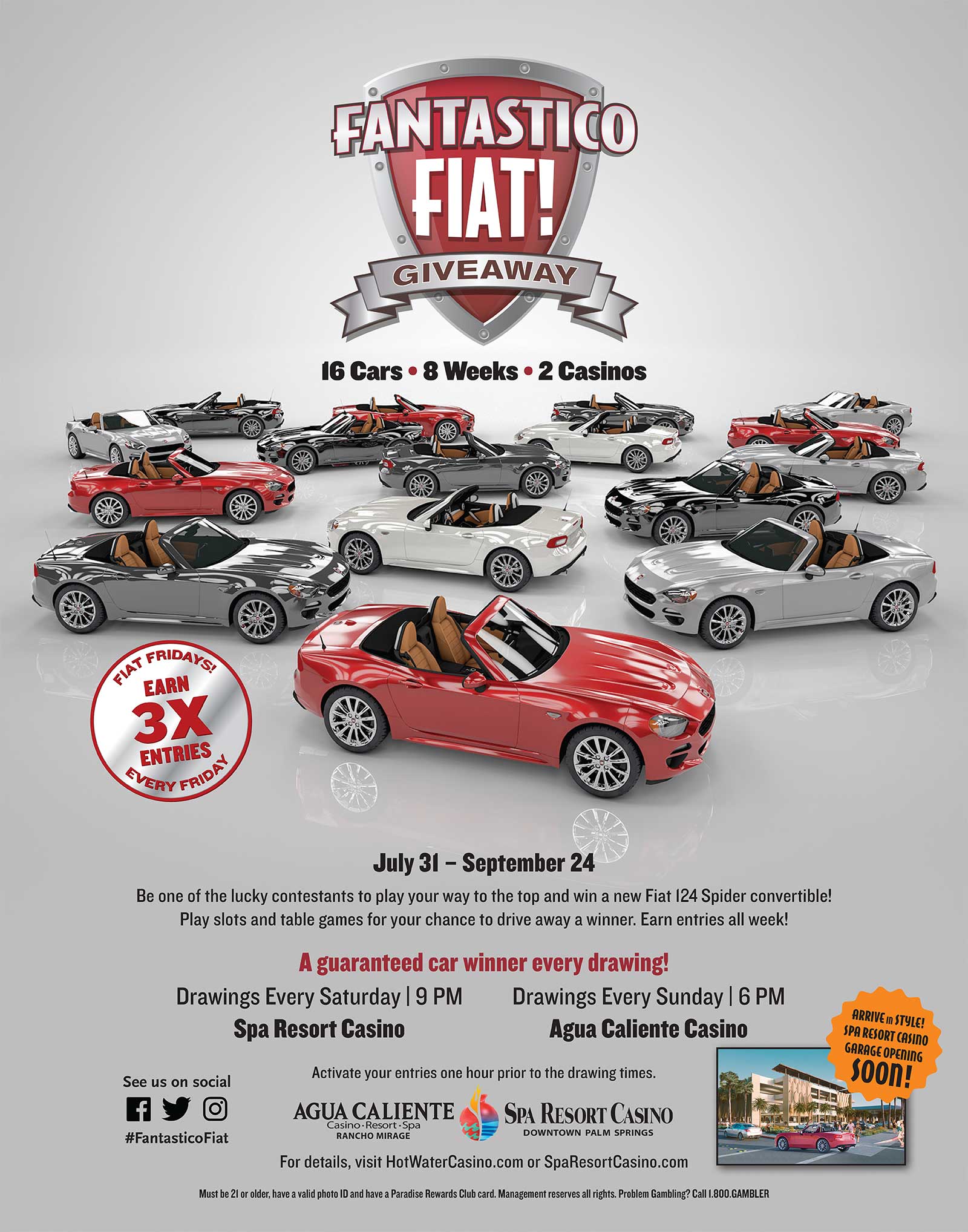 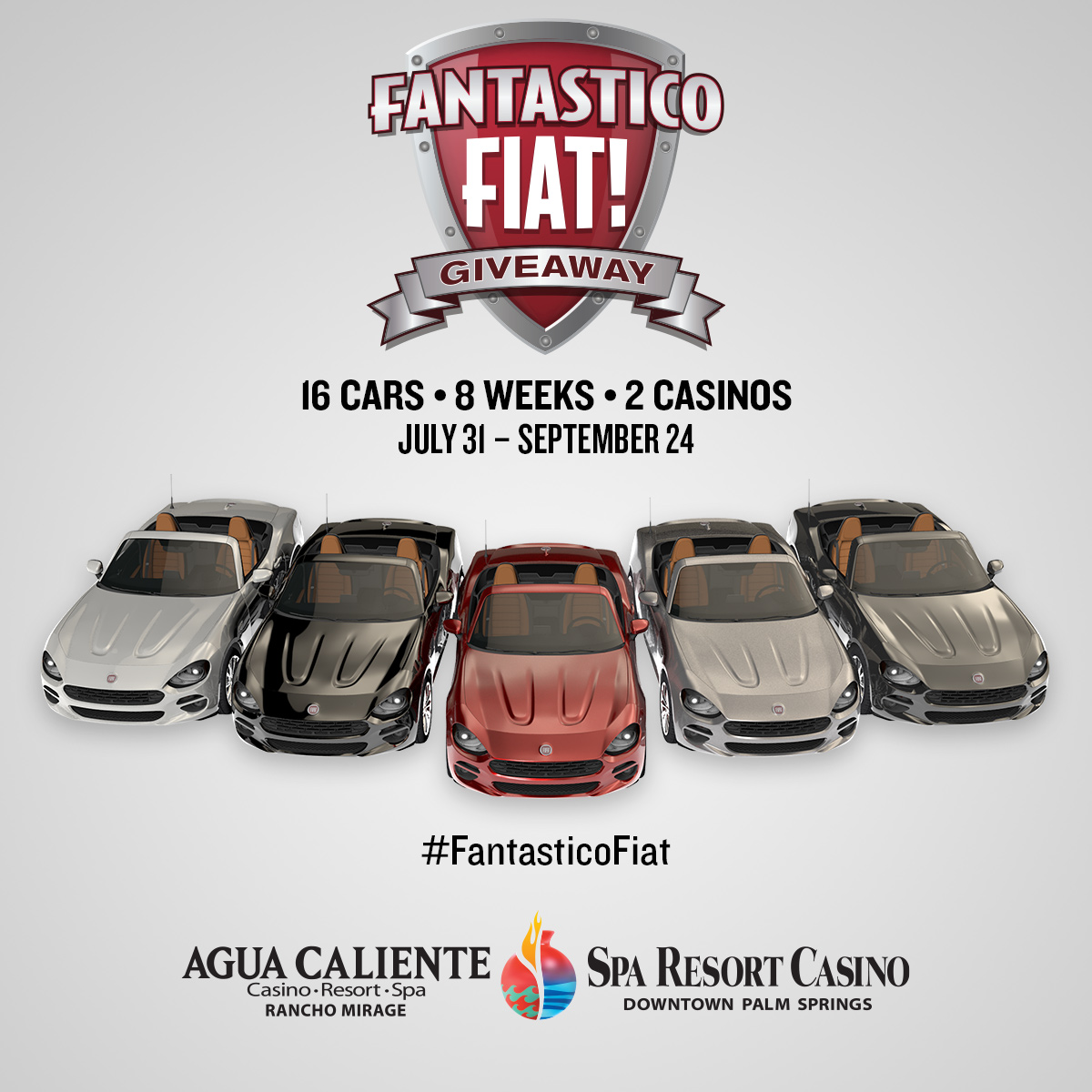 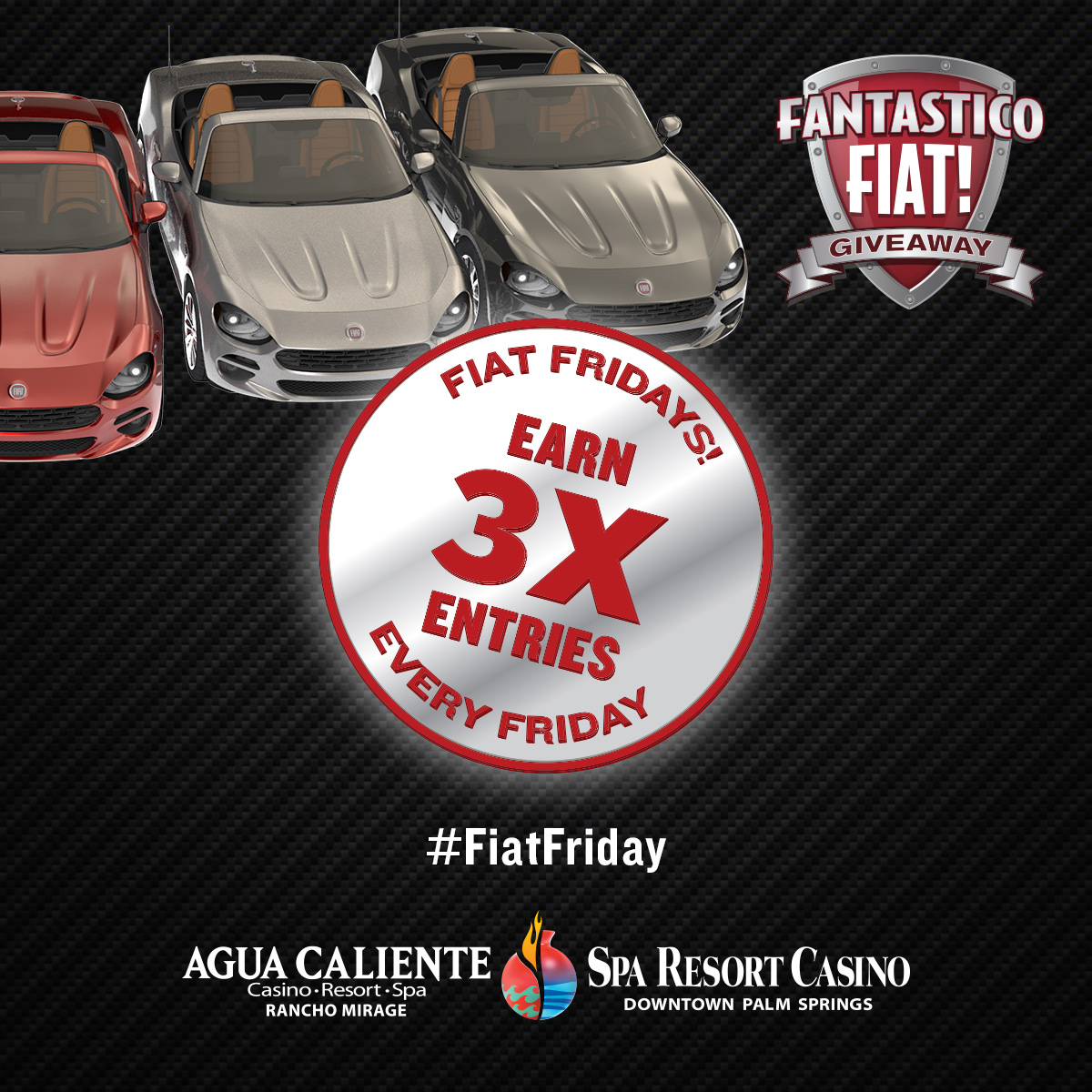 Highlight Video. Recap of all 8 weeks.